Like the proverbial “cornerstone that the builder rejected”, Nigeria’s Okonjo-Iweala, has been appointed as the member of the South African Economic Advisory Council by the nation’s President, Cyril Ramaphosa.

Dr Ngozi Okonjo-Iweala was invited by the South African President to advise the economic council on the way forward out of the economic recession facing the country two years in a row, due to power cuts affecting multiple sectors of the nation’s economy. 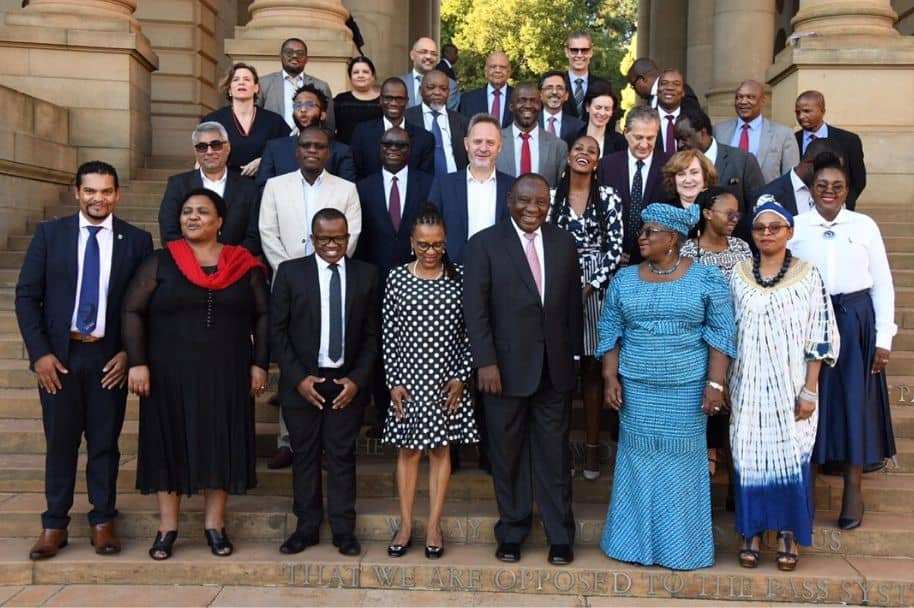 Though the “Iweala touch” did not work in Nigeria, her usual astute understanding of how whole economies work, came to bear and the dazzled South African President had no choice but to appoint our rejected Iweala as the Head of the country’s Economic Advisory Council.

With President Ramaphosa, members of the cabinet, and members of the Presidential Economic Advisory Council in Pretoria discussing sources of growth for the South African economy and win-win economic interactions with the continent. pic.twitter.com/MMhZ3MLneQ

Dr. Ngozi Okonjo-Iweala’s economic laurels are many, some of which include

We at flawlessview.com are proud of our Amazon of a lady and we wish her success in her new assignment. We also wish this great economic genius more laurels.