Garkida in Adamawa state was the venue where death and destruction were dished out in copious quantity by members of the terrorist group Boko Haram, while all this was going on, a drama was unfolding, a drama which played out looking like the Nigerian Air Force (NAF) fighter squadron was providing air cover for the insurgents. One of the community members said,

“At a point, we started asking ourselves if the jets were those of the air force or the insurgents, because how could the insurgents operate that freely? Are we saying the air force couldn’t see them moving in their large number? Please, we need help. We need to understand what’s happening.” 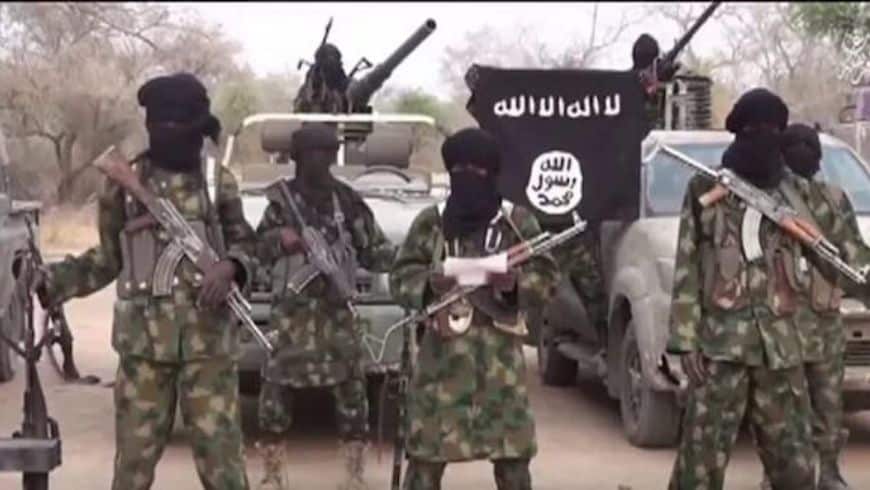 Residents of Korongilum claimed that the moment the terrorist group was sited hours they hit Korongilum, they promptly alerted the army battalion at Chibok.

“We spotted the insurgents hours before they came into Korongilum, and immediately, we informed the nearest army battalion which is in Chibok,”

But according to accounts from residents of Garkida, Adamawa state and Korongilum in Borno State, their joy at sighting the air force fighters quickly turned into pure consternation, they all noticed that not a shot or any kind of attack was coming from the Nigerian air force (NAF) fighter jets, the jets were just flying around as though they were providing air cover for the insurgents who were having a field day burning houses and cars, killing and maiming any and everything in sight causing members of the bewildered communities to scamper for cover.

“While we ran to hide inside the rocks, we saw air force jets coming and we started monitoring them,”

According to members of both communities, within a span of three days, they were both sacked by Boko Haram insurgents, resulting in the wanton destruction of many lives and properties.

“Air support is meant to come from Yola, and indeed they came on time, but we did not hear the fire or bomb the insurgents. The insurgents came in a large number and they were operating in the open when NAF could clearly see them and engage.”

Because of the overwhelming armoury that the terrorists had at their disposal, the army was reported to have called for air force support early enough.

“It appeared that the army would need help, and they called the air force for air support. The insurgents were already in town, and when we saw air force jets, we were happy. The insurgents carried on with the attacks and didn’t leave until after three hours. While they were at it, air force jets just kept hovering and not a shot was fired.

After having their fill of death-dealing and destruction; in a convoy of 17 trucks laden with insurgents; they drove out of town majestically.

“The insurgents, right there under the hovering guns of the air force drove out unchallenged in a convoy of about 17 trucks.”

A senior army officer, who spoke on condition of anonymity said the NAF forces claimed that they could not see the targets, a thing which complicated things for the ground force.

“The approach to this fight is intelligence-driven, and the air force actually stands the bigger chance to crush the enemies,

“During the attack in Garkida, the air force came. The army troops on the ground had shared intelligence on the exact location of the enemies, but we were shocked when the air force said they did not see anything.

“Even if they had shed just once, trust me, the enemies would have fled. I don’t really understand if the army is fighting a different war from what the air force is.”

Speaking on the matter, the NAF spokesperson, Ibikunle Daramola, said that, to forestall a repeat of what happened in Rann in Borno State back in 2017 where 126 civilians were killed in error during an airstrike, NAF could not engage the insurgents because of the chaotic nature of the arena which was not so different from what obtained in Rann, the hazy weather did not help visibility either, so it was difficult for the fighter pilots to discern the true scene on the theatre of war from thousands of feet above.

“There must be communication between the aircraft, which is thousands of feet in the air, and the ground elements so as to avoid collateral damage or attacking one’s own troops (fratricide),

“As you may have come to know, the situation on the ground in Garkida on 21 February 2020 was extremely chaotic with significant movement in the general area that were indistinguishable from the air. The situation was worsened by the fact that the attack mostly took place at night. In such situations, the rules of engagement, as internationally known, is not to attack unless it is clear that no civilians are in harm’s way. The essence is to avoid the inadvertent killing of the people that the aircraft were dispatched to protect.

“It must be noted that the NAF ISR and attack aircraft remained airborne to provide support while seeking to de-conflict targets before engaging them; this was done outside the vicinity of the town in order to avoid killing any innocent civilians.

“Furthermore, as a follow-up, the Air Task Force of Operation LAFIYA DOLE, on 22/23 February 2020, carried out airstrikes against terrorists’ hideouts at Parisu in the Sambisa general area of Borno State, where the Boko Haram elements that attacked Garkida were said to have originated. The battle damage assessment video of the attacks will be released, once declassified.”

Eguavoen Reveals What He Told The Super Eagles After His…